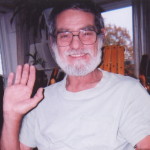 Born on September 13, 1946 in Philipsburg, PA, he was the son of the late William J. Pollisino, Sr. and Margaret J. (Lawrence) Pollisino.  He married Barbara Lee (Baxter) Pollisino on June 20, 1970 in Osceola Mills, PA.  She survives him.

Mr. Pollisino was Catholic by faith.  He was a retired truck driver, a U.S. Navy Veteran of the Vietnam War

and a Decatur Township representative for the ORD, Osceola Mills, PA.  He was a 1965 graduate of the Philipsburg – Osceola High School.

In addition to his parents, he was preceded in death by a sister-in-law Cherie Pollisino.

Military Honors will be accorded by the Osceola Mills Honor Guard.

Memorial contributions may be made to the American Diabetes Association, 1701 North Beauregard Street, Alexandria, VA 22311 or to the Columbia Fire Company, 140 Curtin Street, Osceola Mills, PA 16666.

To sign the online Guestbook go to www. heathfuneral.com .