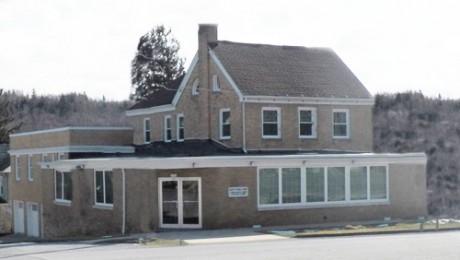 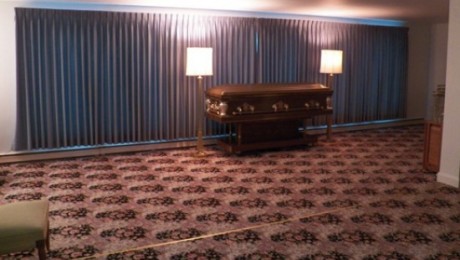 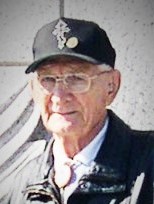 Mr. Kovach was a member of the St. Mary’s Ukrainian Annunciation Catholic Church in Ramey, PA.

He was a disabled U.S. Army veteran of WWII and was held as a prisoner of war in Germany.  He was a retired construction worker

and a member of the American Legion Post #591 in Houtzdale, PA.

John was raised during the depression and worked in the coal mines until he was pre-drafted and self-enlisted in WWII. He served Patton’s 3rd Army and was part of the D-Day campaign. John was taken prisoner of war during which he escaped and was recaptured multiple times. He survived and returned home to work in the mines, then at car plants in Detroit, finally returning to Pennsylvania where he worked construction and started a family.

“Dad never met a stranger in his life. When my brother and I used to go places with him he would talk to somebody for an hour. When he was finished, my brother and I would ask who the person was, and Dad would laugh and say “I don’t know!” It used to drive us crazy until we got older and realized that that was the magic of our Dad. He loved people, and people loved him.” – Darlene

In addition to his parents and two wives he was preceded in death by: one sister, Mary Ann Kovach Bowman; two brothers, Mike and George Kovach.

Parastas Service followed by the Great Panikhida Burial Service will be held on Friday, September 15, 2017 at 10:00 a.m. at the Heath Funeral Home & Cremation Services in Osceola Mills, PA. with the Very Rev. Fr. Anthony F. Balistreri officiating.  Burial will be at the Umbria Cemetery in Osceola Mills, PA.

Military Honors will be accorded by the Osceola Mills Honor Guard at the cemetery.

Memorial contributions may be made to the Wounded Warriors Project, 301 Grant Street, Suite 900 (One Oxford Centre), Pittsburgh, PA 15219.