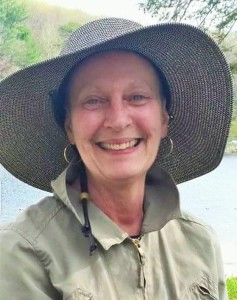 Born on June 20, 1952 in Philipsburg, PA, she was the daughter of Ronald L. Powell of Philipsburg, PA and the late Leah N. (Rodkey) Powell.  She married Melvin Hewitt, Jr. on November 26, 1993 in McKnightstown, PA, he survives at home.

Mrs. Hewitt was of the Christian Faith.  She was an Army veteran of the Vietnam War.  She was a

homemaker and also a volunteer at the SPCA in Gettysburg, PA.

In addition to her mother she was preceded in death by: a sister, Alyce R. Powell and a brother, David B. Powell.

Along with her father and husband she is survived by: a son, Stephen Coombes & his wife Denise of Nashua, NH; two step-sons, Alex Hewitt and Anthony Hewitt both of Cashtown, PA; and seven grandchildren.

A memorial service will be held at the convenience of the family.  Burial will be at the Umbria Cemetery.

Military Honors will be accorded by the Osceola Mills Honor Guard.

There will be no visitation.

Memorial contributions may be made to the SPCA, 11 Goldenville Road, Gettysburg, PA 17325.

Heath Funeral Home & Cremation Services in Osceola Mills, PA is in charge of the arrangements.